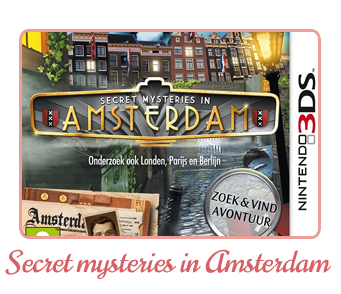 I worked on this game during
my internship at gamestudio Engine Software in 2012.
Responsibilities:
Creating puzzles for several locations in the game,
working on the gamedesign
document and worked out some design idea’s
and brainstormed about new idea’s with  my colleagues.

Storyline:
1920. When a politician is found murdered in a local park,
the police make the unconventional decision
to ask Oscar Gaebelein, a young forensic scientist, for help.
Motivated by his desire to prove his value to
the investigating team, Oscar throws himself
headfirst into the investigation.
However, very soon he and his colleagues discover
that this first murder is only the beginning of something much more sinister.

Travel through 14 locations which also include Amsterdam, Washington, Paris and Berlin to uncover the truth.

I worked on this game during
my internship at gamestudio Engine Software in 2012.
Responsibilities:
Creating levels for Mahjong 3D.

Storyline:
Meet the challenge and become the real Mahjong master!
Go back to Mahjong’s Asian roots and follow the campaign
of Emperor Qin Shi Huangdi as he conquers and unites China.
It’s up to you to decide on the best strategic move:
Do you want to defeat Chu first or head north towards
Wei to persuade them to join your side?